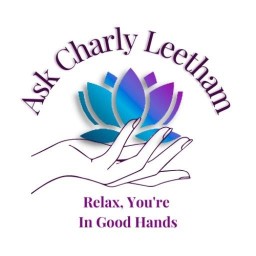 Not so long along, there was a discussion about the number of Internet acronyms and how confusing we often found the language we were confronted with on a, now, daily basis. I thought it would be fun to have a look at some of the more common (and not so common) variations of our language.

The origins of the use of acryonyms really has it’s basis in the growth of Text & Instant Messaging. Shortening common phrases to acryonyms helps save fingers from typing and also allows a relatively detailed message to be sent within the character limits imposed by SMS services and Twitter.

I’ve chosen a few of the more common terms to share and thrown in a handful of not so common ones. One thing I did notice when reviewing the terms, is the number of the ‘business’ terms that I’ve been using for years that seem to be in common IM use…. Thanks to NetLingo for being a reference!

IMHO – In My Humble (perhaps Honest) Opinion – much like the example above, the author is trying to purview their own thoughts but make them a little more genuine by adding a level of humility to the statement

AFAIUI – As Far As I Understand It

AFK – Away From Keyboard; used for online gaming and chat sessions, this acronym tells your discussion partner that you are not at your keyboard.

BBL – Be Back Later; Often used during a chat session to let your recipient know you’ll be AFK (away from keyboard…)

CICO – a fave for me: Coffee In Coffee Out

FWIW – For What It’s Worth

FYEO – For Your Eyes Only

FYI – For Your Information

IIRC – If I Recall Correctly

LMAO – Laughing My Ass Off

LOL – Laughing Out Loud (not Lot’s of Love)

ROFL – Rolling on the Floor Laughing

ROFLMAO – Rolling On the Floor Laughing My Ass Off

RTM (or RTFM) – Read The Manual, I’ll let you extrapolate the second one….

WTH – polite version of WTF, What The Hell

WTF – more likely to be used by Aussie’s, What The F…. you can fill in the blanks

What I really love about acronyms is that just seem to evolve based on the culture as well.  I know many a grandparent has taken to using LOL as Lot’s of Love, as opposed to the common Laugh Out Loud – it can make the communication a little awkward when the receiving party doesn’t get the ‘new usage’.

For a little bit of fun, I thought I would construct a sentence:

FWIW my DH said something that had me ROFLMAO. I said OMG, NUFF said and W8 for me to recover.

What are you fave acronyms (or abbreviations) that you use when communicating with people?  Share them below.

Please log in again. The login page will open in a new tab. After logging in you can close it and return to this page.